Some cars take a while to worm their way into your affections, but the Clio Williams seduces you in seconds.  At first it’s the shimmering sapphire Sports Blue paintwork and contrasting gold Speedline alloy wheels with bright polished rims that quickens your pulse. Then as your eyes explore the broad-shouldered bodywork a smile cracks your face as you spot the bonnet bulge and air scoop; overt visual clues that this Clio can barely contain the engine beneath its bonnet.

Open the driver’s door and funky velour - yes, velour! - upholstered sports seats set a suitably Nineties vibe, while the blue-faced instruments and numbered plaque further underline the fact you’re in something special. Twist the ignition key, prick your ears to the starter motor’s distinctive chunter, then smile again as the special 2.0-litre 16-valve engine zings into life, its waspish rasp rising and falling with each and every twitch of the throttle pedal. Depress the firm clutch pedal, slot the chunky blue-topped gearlever left and forwards into 1st gear, feed in the revs and you’re away, up and running in one of the finest hot hatches ever made and a bona fide French hero.

It’s hard to describe a car in one word, but after a few miles behind the Williams’ chunky steering wheel ‘urgent’ feels like it does the best job of capturing the mood. The source of this urgency is the ‘F7R’ 2.0-litre motor, which is a real gem. Developed from the Clio 16V’s 1.8-litre ‘F7P’ engine, Renaultsport really went to town, enlarging the capacity by 200cc and fitting an extensive inventory of high-performance hardware, including bigger valves, reprofiled camshaft and a tubular exhaust manifold for increased gas flow into and out of the engine, a longer stroke crankshaft and an oil cooler to draw more heat from the hard-worked engine lubricant.

With its sparky appetite for revs matched only by its generosity at lower rpm, where ample torque means terrific in-gear response and a hearty sense of muscularity, the F7R motor charges the Williams with effervescence. You need to keep it on the boil if you’re to extract all of its promised performance, but that’s far from a chore thanks to the satisfying, weighty shift action of the 5-speed manual gearbox. Positive and intuitive to use, the only limitation is how quickly you can snap your hand back and forth through the H-pattern gate. As such it’s perfect partner to that a live-wire engine.

Sinuous roads are the Williams‘ oxygen for it thrives on being driven hard. The power-assisted steering has a physicality that’s perfectly matched to the rest of the car - not too heavy, but weighty enough for it to always keep you connect directly to what the front wheels are doing. Likewise the suspension, which is supple enough to soak-up the punishment when the road surface is lumpy, but taut enough to carry dazzling speed through smooth corners. Raise your pace and it raises its game, digging deeper into its reserves of grip and traction, taking your chosen line and sticking resolutely to it.

Transparent and utterly faithful to your inputs, the Williams is an easy machine with which to form a bond. Indeed it only takes a few miles to decide it’s a true friend, happy to find a smooth, stable flow in inexperienced hands, yet ready and willing to dance into the heart of a corner with its inside rear wheel lifted exuberantly clear of the tarmac when pushed to its limits. This fabulous cornering pose is a Williams trademark, not to mention a true right of passage if you’re the lucky one working the ‘wheel. Experience this and you’ll be in no doubt that few cars feel more fun or give you a greater buzz at any price.

The passage of more than two decades might have diminished the impact of the Williams’ vital statistics - Power: 150bhp@6100rpm, Torque: 129 lb/ft, 0-60mph: 7.8s and Top Speed: 134mph - but time has done nothing to take the shine off a what is by any standards a truly sparkling driving experience. Brilliant then, inspirational now, the Williams is one of those rare cars that has a timeless ability to entertain and enthrall. As such it remains a seminal Renaultsport model; the blueprint (no pun intended!) for a succession of RS Clios that relentlessly raised the bar. No wonder this blue and gold bombshell is regarded as a true hot hatch masterpiece. 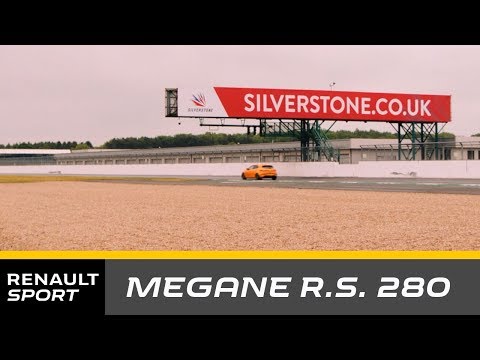